When my father graduated from Amherst College in the spring of 1916, hejoined the two-year-old Merrill, Lynch & Co., thus beginning his life’swork. It was an impressive career marked by significant achievementsand lasted more than forty-five years. From the outset, he developed apersonal friendship and business partnership with Charlie Merrill, abrilliant visionary and pioneer in the grocery and financial servicesindustries. While Charlie was the better known of these two partners, Ihave come to understand the depth of the role my father played inshaping the Merrill Lynch of the future.It was my father who convinced Charlie to reenter the brokerage businessin 1940 after a decade of involvement with other enterprises. Togetherthey brought Wall Street to Main Street, changing the paradigm offinancial services in the modern age. But most important, they developeda uniquely powerful set of principles that became the North Star forfuture generations of Merrill leaders. The culture that this establishedwas the primary reason for Merrill’s success over the years. My fatherdied in 1961.Thirteen years later, I joined Merrill Lynch as an associate in theInvestment Banking Division after receiving an MBA from Wharton.Since my dad passed away when I was only eleven, I never fullyappreciated his leadership skills and the power of his humility. Duringnearly twenty-eight years at the company, however, I came to know himbetter and to appreciate the principles and the culture that he and CharlieMerrill had created. I was proud to be a member of the Mother Merrillfamily.Being the son of Winthrop H. Smith had many benefits, but it alsopresented challenges. I had to work extremely hard every day to provemyself worthy of the name. Over the years I held line and staff positionsin investment banking, wealth management, finance, human resources,and marketing prior to becoming Executive Vice President, Chairman ofMerrill Lynch International and a member of the Merrill Lynch & Co.Executive Committee. I had a great career and feel so fortunate to have been at Merrill when I was. 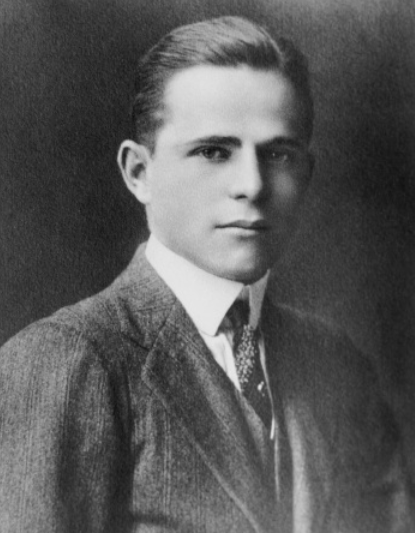 In October 2001, the culture of Merrill Lynch was about to change as aresult of a new management team with different ideas about how tomaximize profits. I knew that I couldn’t work within this newenvironment, so I decided to retire. And I resolved to write the story ofMerrill Lynch.Several years passed, and I had not begun writing. Then in 2007, thefinancial crisis hit and my former firm became a victim of greed and thelack of proper oversight by its Board of Directors. Two years later, twopeople motivated me to start a book. Bill Ecenbarger had been hired adecade earlier to write the corporate history of Merrill Lynch. Bill is aPulitzer Prize winner, and he interviewed me in my Connecticut office in2002. He was well along with the project when Stan O’Neal, Merrill’s newCEO, decided there was no need for a history of the firm and his effortsceased. In late 2009, Bill called me. “Win, I read the speech you gave atthe final shareholders meeting,” he said. “You need to write the history ofMerrill Lynch. No one can tell it better than you, and I’d enjoy working onit with you.” When I told Lili, my wife-to-be, about this conversation, shemade me realize that this was not only something that I needed to do formy own therapeutic reasons, but also something that I was compelled todo so that future generations could know the truth about Merrill Lynchand appreciate its historical importance.This book is about the history of Merrill Lynch and its leadership—therise and fall of an American institution. The chapters are organizedaround the twelve leaders of Merrill Lynch, ending with John Thain—allof whom I had known. Each left his own mark on the company and, withone stark exception, respected and strengthened the firm’s culture. It is astory about an idea that began with a man named Charlie Merrill, withouta doubt one of the leading entrepreneurs in the history of Americanbusiness. By bringing Wall Street to Main Street and democratizinginvesting, Merrill Lynch helped countless middle-class individuals saveand invest and, in turn, helped thousands of companies, municipalities,and governments fund their growth. Merrill was at the center of thefinancial intermediation process that allowed the United States to growinto the economic powerhouse it became in the last half of the twentiethcentury. Like all companies, it made mistakes, but it was guided by

principled leaders who always attempted to do the right thing and for theright reason.Catching Lightning in a Bottle is based on three years of solid researchbut it is very personal, too. Besides being a history of one of America’sgreat companies, it also reflects my personal memories of many ofMerrill’s leaders and of significant events over a twenty-eight-year career.During those years, I not only discovered more about the enormousimpact my father had on Merrill Lynch, but I also learned to appreciatehow important a corporate culture and a set of values can be in creating asuccessful company. Unfortunately, I also learned how quickly they canbe destroyed. Because of this personal perspective, events are sometimesnot presented in strict chronological sequence as they might be in a moretraditional account.For this book, hundreds of people shared their stories, documents, andmemorabilia with me. They told me what working at Merrill Lynch meantto them and to their families. For so many, our firm was not only a placeto work but an enormous source of pride. Although I have written mostlyabout the important leaders who shaped, influenced, and grew the firm,there are tens of thousands of others who contributed to its success aswell. They embraced its culture, protected it, and passed it along to futuregenerations. It was a remarkable family.This has been an emotional book to write. I am grateful to my wife, LiliRuane, for convincing me to begin in earnest. And I am indebted to somany friends and colleagues who helped me along the way. Specialthanks are due to Bill Ecenbarger, my partner in writing this history. Hisresearch and co-authorship were invaluable. Also special credit is due toMeg Drislane for her editorial skills, to Barb Justice for the design of thebook, and to Susan Hemmeter, my executive assistant at Sugarbush. Ialso want to thank Bank of America for allowing us access to MerrillLynch’s archives, which are now located in Charlotte, North Carolina.I hope that this book will enable every member of the Merrill Lynchextended family to remember and appreciate, even more, what wecollectively accomplished and that it will help many others to know thereal Mother Merrill. In particular, I hope that my own children andgrandchildren will have a greater appreciation of what their grandfather

and great-grandfather helped to create.

PDF Building a Life Worth Living by Marsha M Linehan

search for book or author …